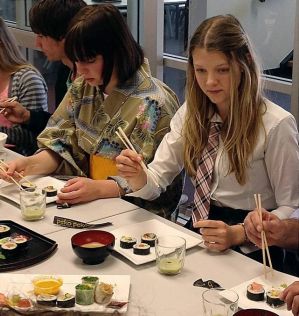 As part of their final preparation for their trip to Japan local Year 9 exchange students, going to Busselton’s sister city Sugito this weekend, were treated to some insights into Japanese culture at a luncheon on Sunday.

Mainly through the efforts of Pauline Vukelic, students and parents were able to try a variety of Japanese food and drinks while being given many tips on what to expect during their 10 days in Sugito.

Helpers included three Japanese exchange students who are spending the year in Busselton, and new Dunsborough locals Kenta and Rie, a young Japanese couple who are here on a working holiday.

The student group, led by teachers Mandy Torpy and Matt Sims, will fly to Japan this Saturday, staying with the Sugito student that they hosted in August.  They will spend time at school with their host, visit nearby elementary schools and spend some days visiting regional attractions.  There is no doubt that the greatest anticipation centres on their visit to Disneyland.

The students will also involve their host family in making some paper cranes that will then be brought back to Busselton and added to the bundle the students and others are currently making.

The 1000 cranes will then be taken to Hiroshima and placed on the Children’s Peace Memorial by some members of the community delegation heading to Sugito at the end of next month.

Deputy Mayor Tom Tuffin, who will be part of the delegation, said a young Japanese girl, Sadako, was exposed to heat and radiation from the Atomic blast that incinerated Hiroshima.

“She had witnessed the devastation that the bomb caused and as she lay dying in hospital she folded a crane and started the movement to encourage other people to do likewise as a symbol of a desire for peace,” he said, explaining the significance of the paper cranes.

“When visiting Hiroshima with high school exchange students we invariably laid several thousand cranes folded by all the students in the school.  The pile of cranes with messages from all over the world would be large enough to fill the Busselton council chamber several times.

“It’s a great thing to do – undoubtedly the best gift our generation could pass on to the next is peace.” 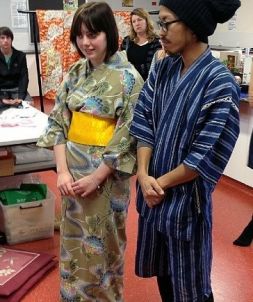 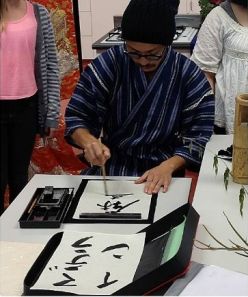